How to Approach Conflict:
and come out feeling better on the other side! 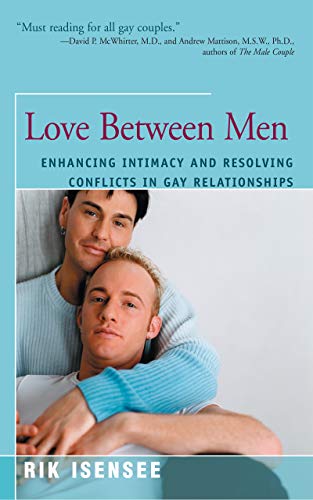 Even though we're gay, we're still socialized as men, often with a competitive edge to arguing about who's "right" rather than really sharing what's at stake for us. I put this intro together as a brief guide to approaching conflict with greater confidence that we'll make the situation better, instead of making it worse.

Blending Stage
When guys first start dating, thereʼs often a sense of putting your best foot forward and a willingness to enter each otherʼs world: “whatever pleases you, pleases me.” This can be a wonderful “blending” stage in a relationship, where differences are minimized and you “go along to get along.”

Reclaiming Yourself as an Individual
Yet over time, there can be a yearning to reclaim yourself as an individual: wanting to see some friends, or engage in activities you may have neglected in the initial throes of getting to know someone.

If youʼre not both on the same schedule, though, in terms of your readiness to "reclaim" yourself, one guyʼs effort to regain some balance in his life can be experienced as distancing by his partner, who wonders whatʼs going on. Often this can lead to a misunderstanding, or even a first major argument.

Some guys, in order to protect themselves, will figure “well if thatʼs how you are, Iʼm out of here.”
Or they may both be so rattled by this disruption, that they donʼt really talk it through; and instead, neither of them brings it up again. Couples sometimes form an implicit agreement to avoid certain topics because they're afraid of making things worse. Unfortunately, avoiding conflict can lead to larger and larger areas in which it feels unsafe to tread.

The True Source of Boredom
Ironically, I suspect this reluctance to address underlying conflict is the real source of boredom in many relationships: boredom arises not because we know each other too well, but because there are so many areas of discussion that are off-limits.

We then have increasingly fewer topics it feels safe to talk about, without fear of getting into another argument. Instead of engagement, comfort, or excitement, you can end up feeling as though youʼre walking on eggshells; or through a minefield!

Now it's possible you may not get too far into this suggestion before you've already gotten a pretty negative response! If that's the case, and it seems you're about to land right back in the argument before you've even set the ground rules, then you might want to back off: "Whoa, I didn't mean to launch into it; I just wanted to find a time and place where we'd both feel ready to tackle it again."

For some couples, you might even want to leave a note or send an email, depending on how sensitive the subject matter is, outlining the above, and see if you can get his buy-in.

I recommend not trying to process serious discussions through texting!

Just use these other forms of communication to arrange an in-person meeting, so you can meet face to face.

Putting these skills into practice:

1.  Listening
In my work with couples, we often practice three levels of listening: paying attention, saying in our own words what we've understood, and reflecting feelings. These skills allow us to empathize with what the other person is saying. Feeling heard and understood increases our motivation to cooperate, rather than retaliating.

2.  Expressing Feelings
Then we look at how we can say how we feel and what we want in a way that's more likely to elicit a cooperative response from our partner. Rather than interpreting or judging each other, we can say more about our own experience: what's the behavior we're having a problem with, how do we feel about it, and how would we like things to be different?

3.  Problem-Solving
Instead of getting into an argument about the first solution that comes to mind, we look at the underlying needs or desires we both would like met by a potential solution. Then we try to come up with a number of possibilities that take our underlying desires into consideration.

4.  Patterns of Mutual Influence
We also look at what each of us does that tends to elicit the very behavior in our partner that we say we have a problem with, but we may not be that aware of how weʼre contributing to the problem through our own behavior.
Identifying these patterns doesn't necessarily mean they won't happen anymore; it's actually pretty likely that they will!

But by being more conscious of what each of us does to keep the pattern going, we may be able to do something else, instead. Rather than simply wishing our partner would change, we begin to discover what each of us could do to alleviate the pattern, and contribute to a possible solution that satisfies both of us.

These skills can help us see one another as allies, rather than adversaries!

Successful resolution of conflict can enhance a sense of intimacy, and rekindle the love that brought us together in the first place. If you'd like to explore further, Love Between Men goes into greater depth, devoting an entire chapter to each of these skills, with plenty of examples, plus exercises to try out with your partner.

If you live in the San Francisco bay area, you can also schedule a couple's counseling appointment with Rik by clicking on Contact.